Children and young people with epilepsy tend to have recurrent seizures or fits. Having one seizure doesn’t mean someone has epilepsy.

Seizures are caused by a sudden burst of electrical activity in the brain. This means there is a temporary disruption in the way that messages are passed between brain cells.

Epilepsy may result from genetic causes, a severe head injury, birth difficulties, or an infection which affects the brain.

Epilepsy is twice as common in children as in adults (7 per 1000 in children under the age of 16 years).

Movement disorders affect the way a child’s body moves. These conditions can include too much or too little movement, or co-ordination problems.

Movement disorders may be caused by injuries to the brain, genetic or metabolic conditions, medications, inflammatory or autoimmune disorders, or prior infections.

Signs and symptoms of movement disorders include:

The neuromuscular system includes all muscles throughout the body and the nerves that connect them.

There are a wide variety of neuromuscular disorders that can occur in children. These conditions impact the peripheral nervous system, which includes the muscles, neuromuscular (nerve-muscle) junction, peripheral nerves in the limbs, and motor-nerve cells in the spinal cord.

While signs and symptoms vary according to the specific neuromuscular condition, common symptoms include pain and muscle weakness.

Medical technology has the potential to significantly improve children’s quality of life, reduce their mortality risk, and improve clinical care.

For example, technology could: 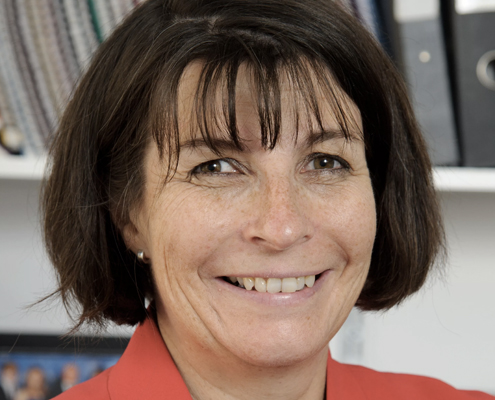 Professor Helen Cross is the Prince of Wales’s Chair of Childhood Epilepsy and Honorary Consultant in Paediatric Neurology at the UCL Institute of Child Health, Great Ormond Street Hospital for Children, and Young Epilepsy, Lingfield.

Helen’s main research interest is the early intervention and improvement of outcomes in children with complex epilepsy.